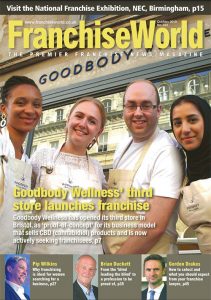 An interview with Brian Duckett, chairman of The Franchising Centre (TFC), who has been making his living from franchising for the past 40 years. Duckett started as a franchisee then headed up two franchise companies before moving into franchise consultancy in 1991.

He has since built a team of franchise practitioners which has become Europe’s leading firm of consultants, trainers and executive recruiters to the franchise community.

Q. What are the major changes you have seen in franchising?

The most obvious change is that franchising has become a profession to be proud of rather than the somewhat shady version of the Wild West that prevailed when I started. Back in 1976, before the BFA was formed, franchisors were largely maverick business owners who had stumbled on a way of doing business using other people’s money without actually knowing how to do it. It was largely the ‘blind leading the blind’.

Q. Who were responsible for moving things forward?

In this land of the blind the one-eyed man is king and we were fortunate that a few princes came forward to create and lead the UK franchising community. Amongst the advisers, great credit is due to people like Tony Jacobsen, who created the BFA; Martin Mendelsohn, in those days probably the best and most influential franchise lawyer in the world; and Bob Riding, the founder of this magazine who refused to be anything but the independent voice of franchising and who strove to avoid the hype, and keep everyone honest.

Q. What made you move into franchise consultancy?

I wish I could tell you it was part of a well-thought through plan but initially I was between jobs and was introduced to a business consulting firm that wanted to get into franchising. They taught me about consulting, I showed them all the opportunities in franchising, but we were destined to go our separate ways and two colleagues and I decided to go it alone. Whilst we had, and retain, a vision ‘to be the first choice advisers to potential and practising franchisors’ it was more about finding a way to keep our heads above water whilst avoiding finding a proper job.