From market stall to global superstar

With its inspiration journey from local business to the up-and-coming international brand everyone is talking about, the Bread Ahead franchise is a prime example of the power of international franchising.

Are you a established business who wants to find out more about how to succeed in international franchising? Or maybe you are an investor who is looking for the next big thing in international brands? Either way, look no further than the Bread Ahead franchise! 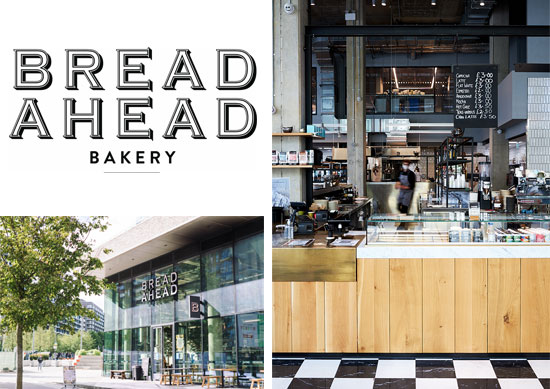 In an era when we’re used to hearing bad news about the economy, the success of the Bread Ahead franchise proves that there is still plenty of optimism and buoyancy out there among the international markets. Not to mention that it demonstrates international franchising remains among the most robust and resilient of expansion models, and performs exceptionally well even in difficult times.

If you’re a regular at London’s famous Borough Market, you’re probably already familiar with Bread Ahead, a popular, on-trend bakery outlet and school. You’ll also know you need to get there early before queues start forming round the block for their famous doughnuts! A favourite of both foodies and celebrity chefs, Bread Ahead has has expanded to 5 stores across the capital since 2013, selling thousands of portions of doughnuts, sourdough and coffee every day. With their attached bakery schools, they teach 400 people each week, plus another 2000 online.

However, you might not be aware that Bread Ahead is now expanding to 10 new outlets overseas, with even more on the way! In June 2022, Bread Ahead signed opened its first overseas store in Jeddah, KSA, the first in a 10 store deal set to expand the brand across the Kingdom, with another 10 store franchise contract in the UAE in the pipeline.

So, how did they get to where they are today, and why are they so successful? We spoke to Matthew Jones, founder and head baker, about his journey so far.

“We decided to go international because we realised we had a much bigger opportunity outside the UK than we did in it.” Matthew told us. “We already run 5 outlets here, but now we can dip into this huge pocket of investment opportunity – it really is phenomenal! People everywhere are interested in our products, and it’s been a massive success.”

“It’s been quite a journey from opening our first market stall back in 2013, but the rewards have been huge. We wanted to think big and get it right first time.”

Bread Ahead first started its international franchising journey by working with The Franchising Centre back in 2018. We saw the huge potential they had, and were keen to help guide them.

Heeding our advice, they took their time in finding the right investors for their brand. They didn’t want to just dive in and sign the first master franchise offer that came their way – and rightly so! If, like Bread Ahead, you’re confident about your brand and its potential for large scale success on the international markets, you need to be sure you are working with the right people from the very beginning.

After all, your first franchisees and master franchise holders will be the first to represent your brand on the global stage, and their calibre will be a template for all your future investors. You will also need to make sure your franchise package, support structure and offering are exactly right before you hand over the reins to a new overseas partner.

Sometimes that can mean the process takes longer than you expect, and can lead to a few hard lessons along the way, but it is well worth taking the time to develop a proper franchise blueprint. Which is why it is essential that you have the right kind of advice and consultancy on your side. Our own team here at The Franchising Centre worked closely with Matthew to strengthen his operational systems in readiness for franchising, and together we have built something we can all be truly proud of.

Bread Ahead have proven to be a very canny franchisor who quickly adapted from small business to global franchise. They knew they needed to be properly prepared if they wanted to enjoy the kind of growth that other businesses can only dream of – and that’s exactly what they have done!

From crisis to opportunity

According to Matthew, things really turned a corner in 2020. While many other businesses had to close and just did all they could to survive, Bread Ahead doubled down on its efforts to grow the franchise. They were determined to come out of the crisis with everything they needed in place so they could really take off when the world recovered.

“Lockdown was really quite pivotal in this whole journey for us. We took all our content online to create a true virtual experience, and gained a massive audience on social media. We picked up hundreds of thousands of followers from all around the world, and that’s what really got our brand out there. Our audience is very wide – from millennial foodies right through to customers in their 70s who love home baking.”

“When we opened in Jeddah, we absolutely smashed it from day one. It has already been hugely successful and totally exceeded even our most optimistic forecasts. I really believe there is a gap in the market not just for what we do, but how we do it.“

Quite an achievement in just under 10 years!

The skies the limit when you do it right!

Matthew has already started getting a lot of interest from other territories in the MENA region – Qatar, Kuwait and Oman, to name but a few – and has very ambitious plans for the next 3-5 years. Given what he has achieved already, and given the hard work and preparation he and his team have put into both promoting the brand, and perfecting their franchise offering, we have no doubt he will succeed.

When asked what he would like to say to prospective partners, Matthew told us: “Now’s the time, guys, don’t hang around! The world is ready!”

We’re sure this won’t be the last we hear from Bread Ahead, and everyone here at The Franchising Centre is looking forward to being with them every step of the way – just watch this space!

If you’re an entrepreneur who wants to find out more about how you can tap into the Bread Ahead magic in your own region, you can get in touch on their website.

Alternatively, if you’re considering franchising your brand internationally, or have already started your journey and want to learn from the success of brands like Bread Ahead, then why not reach out and contact us at The Franchising Centre? We’re happy to offer some free advice to find out if we can help you – just schedule a call for a time that suits you.