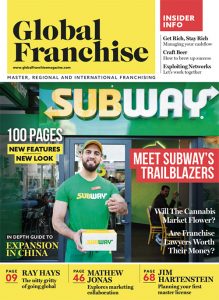 Some years ago I attended a franchising conference where one of the guest speakers had been invited to talk about ‘working as a team’. Their background was not in franchising but was in either the military or sports environments where they had had great and demonstrable success in getting individuals and groups to work together to achieve an overall objective.

The idea was that the penny would drop for the franchisors attending that conference and that they would see the benefits of getting their support staff, their franchisees and their franchisees’ employees all working together to grow and build their respective businesses and their shared brand.

Unfortunately that message was not made clear and many of the attendees were left saying “What did all that have to do with us? Ok, she did a great job and it was all very interesting but a franchised network isn’t a team, it’s a group of individuals trying to find their way to success while using a shared system. Franchisees are worried about themselves and their own business, nobody else”.

Franchising works best however when everyone in the network is united in an effort to give great service, to build great businesses and to promote a great brand. How then does one encourage this to happen? For me it all starts with the Vision and then communicating that Vision to everyone concerned, along with showing them how they play their part in achieving it.

I know it’s challenging, especially for new franchisors which just have to concentrate on getting some units open in order to survive, but franchising is essentially a simple process when done properly. Develop a business system that works well and is easily transferable; train other people how to operate it; then consistently monitor their performance to help them succeed. Teach those franchisees how to do the same for their staff and success will come.

So where does team work come in and what are the benefits of connecting franchisees with each other?

Like it or not, as a business transitions from doing what it originally did to franchising what it now does, the franchisees operating the outlets on a day-to-day basis know an awful lot more about what’s going on in the market than the franchisor.

Therefore the franchisor needs to find a way to harness all these improvements so that they can be approved, adopted and communicated as developments of the system. I appreciate this is a move away from ‘the franchisor knows best’ attitude but it’s the way of the world and there’s no point fighting it.

My early days in franchising had many franchisors who would not publish lists of their franchisees contact details, not even within the network never mind to potential franchisees. In those days it was perhaps difficult to find phone numbers. Good luck with it in these days of Google and social media!

When I asked why, one of them told me “We don’t want them talking to each other. They’ll end up complaining about this, that and the other and before we know it we’ll have a revolt on our hands”. I made the point that if they knew what the franchisees would complain about, wouldn’t
it be better to do something about putting those things right?

Those that did do something about it by developing personal reviews and encouraging attendance at regional forums or national conferences were the ones who are still with us. These days they’ll have gone on to use technology to improve communications and to install mentoring and coaching programmes to help everyone in all the teams to achieve their personal objectives.

We’ve all heard the story about the window cleaner at Cape Canaveral who, when asked what he was doing by President Kennedy, replied “I’m helping to put the first man on the moon”. That’s the attitude that franchisors need from their franchisees, and those franchisees’ employees, but it won’t just happen by sticking posters on the staff room walls or sending out e-mails.

Create, communicate and live your Vision; encourage franchisees to do the same with each other, with their team and with the franchisor; and you will grow and sustain an enviable network.

Just imagine what doing the same thing between franchisors and franchisees of many different networks would do for the generic Franchising brand. 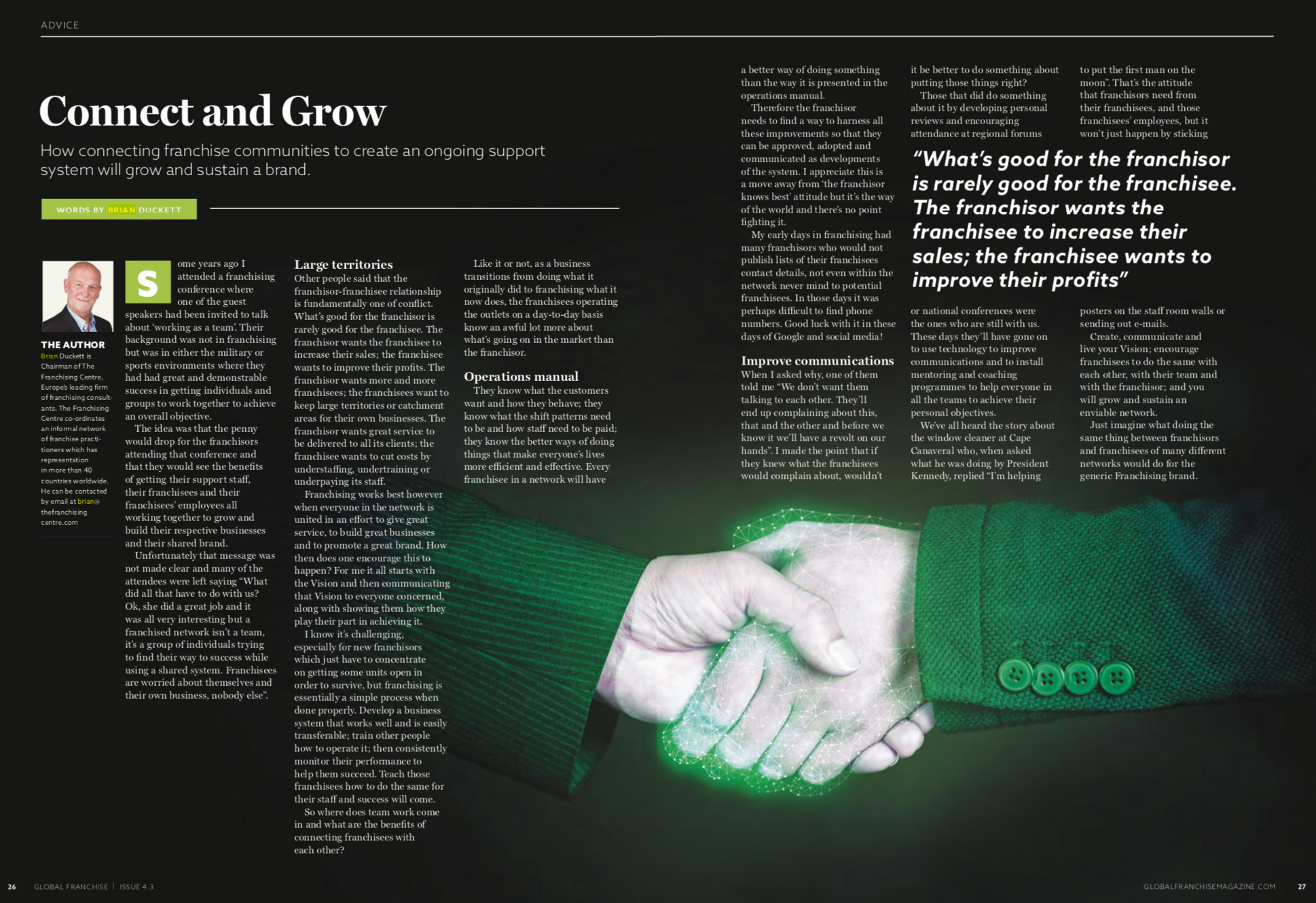