Why Should I Franchise in South Africa 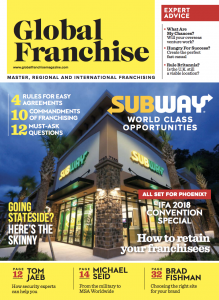 Think of franchising in Africa and you should be wonderstruck by the wealth of possibilities! Africa offers untapped franchise expansion potential and like all other emerging markets, expansion brings challenges and huge opportunities. Currently, only a handful of countries in this vast continent have a developed franchise industry, except for the one you would expect, which is the forward-thinking country which embraces developing markets, South Africa.

Franchising is the ideal mechanism for establishing and expanding an overseas brand in South Africa. The primary role of the Franchise Association of South Africa (FASA) is to define the business of franchising and to ensure that all parties adhere to the franchise business principals which are adopted and accepted internationally. With franchising universally regarded as one of the most successful business formats, FASA’s role is to continuously promote the advantages of franchising to business entrepreneurs, investors and consumers, therefore affording greater credibility to franchising as an industry in South Africa.

According to findings from Ernst & Young Attractiveness Programme Africa 2017, South Africa continues to be the largest recipient of foreign direct investment on the African continent, and is the largest source of intra-regional investment – this is in addition to having recently made a comeback in the top 25 most attractive global investment destinations.

Some of the key reasons why South Africa offers such great opportunities for Franchising are:

It has a First World banking system. South Africa has a highly developed and well-regulated banking system. The South African banking sector was ranked 3rd out of 148 countries in the 2013/14 World Economic Forum Global Competitiveness Survey. This sector is mature from an infrastructure standpoint and healthy from a financial standpoint.

Low inflation rate. The country’s current inflation rate is 4.6% and has been consistently low since its democratisation in 1994. The cost of doing business in South Africa compares favourably to other emerging world markets. The country still has relatively low employment costs and utility prices, and has a favourable corporate tax rate compared to other emerging markets.

Competitive Labour Costs. South Africa possesses a large skilled, semi-skilled and unskilled labour force. The passing on of sophisticated operational know-how to the unskilled labour force is one of the key attractive features of business format franchising in South Africa. Labour costs are significantly less than in European countries, with the cost of both professional and manufacturing work less than 50% of those in Europe.

There is an emerging middle class. The consumer industry represents an important aspect of the South African economy, and consumer companies are at the core of a successful pan-African investment strategy. Economic opportunities led to the emergence of an African middle class, specifically in South Africa.

Wealth of natural resources and beautiful country. South Africa is still a major producer of gold and is the largest producer of platinum, as well as being a major producer of diamonds and other minerals. The agricultural system is well-developed, and many locally-produced food items are easily found in retail outlets. The country’s natural beauty also makes it a sought-after tourist destination – tourism is an industry which is continuously and rapidly expanding and would support franchising as a growth industry.

Positive political prospects. The election and appointment of a new ANC President and future President of the country have had an immediate impact on key economic indicators and it is anticipated that the long-term effect on the South African economy will be positive as it continues to grow and develop.

How to franchise effectively in South Africa
Discussing the expansion of franchising into South Africa with Vera Valasis, the Executive Director of the Franchise Association of South Africa, she offered the following pointers which can make for an accelerated and smoother journey when choosing franchise growth strategy in South Africa.

1) Do your homework – research local markets applicable to your brand or industry to maximise the opportunity. As in any destination around the world, tastes, cultures, habits and trends differ not only from country to country but also from region to region within a country. Slight changes and tweaks to taste profiles, systems, product and services can make an enormous difference to the success of the franchise. One example of a change that has been successful in South Africa was a change in the cooking method from deep frying to roasting to suit local preference.

3) Be aware of local franchise laws and labour law requirements. SA has franchise disclosure requirement; this is set to ensure only the most serious and professional franchisors can enter South Africa, resulting in greater success for investors and all parties involved in franchising.

4) Location location location! South Africa has some very elegant and modern shopping malls, on a par with top London and British regional ones. These house premium brands. Lease negotiation can be onerous, so be prepared. In order to target and maximise exposure to the ideal client profile of the brand; there are many specialist service providers who can map potential consumers geographically and therefore suggest franchise territories more strategically, resulting in greater success.

5) Funding. There are several well-established traditional banks in South Africa and each of these banks has a national franchise desk, which is a testament to the country’s belief and faith in franchising as a growth strategy. As is customary in Europe, most banks will be looking to a 50% equity investment in a franchise.

6) Master franchise fee. Due to a weak currency, it is important to have a realistic expectations of the level of upfront franchise fees. 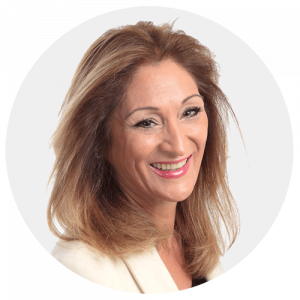 The opportunities in Franchising in this beautiful continent are enormous; the above only scratches the surface of the opportunity. If you are up for a challenge that could yield you a fantastic return, look no further than exploring investing in franchising in South Africa! But be prepared to take advice from experts within FASA and some of their affiliated local consultancy firms. The Franchising Centre now has a strong alliance with a top broker and a franchise consultancy firm in South Africa to offer support to international brands looking to take advantage of the opportunities in this emerging market. More information from Farrah Rose (Farrah@thefranchisingcentre.uk) or Vera Velasis (vera.valasis@fasa.co.za)